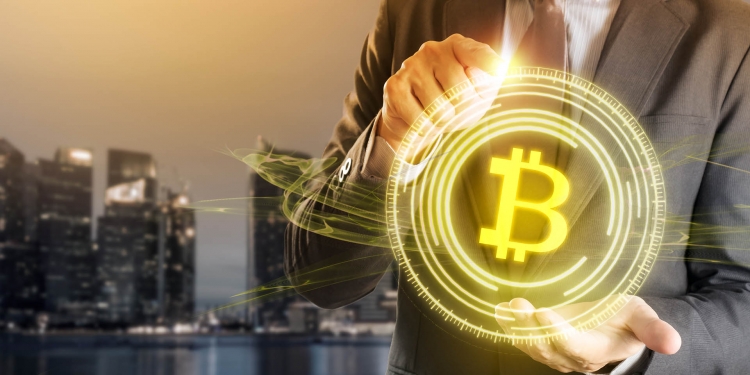 Market sentiment shows that Bitcoin is on track to mark a new all-time high. Since Bitcoin’s third halving in May, the price of the largest cryptocurrency has jumped exponentially. After rallying more than 110%, BTC price has surged to $18,000 from $8,566 on May 11.

According to crypto experts, the growing institutional demand is driving the Bitcoin Bull run. Mike Novogratz, a billionaire investor, stated that Bitcoin is now an institutional asset. He added:

“Bitcoin is now an institutional asset. Period. The good thing is most institutions aren’t in yet. It’s why 2021 will be as good or better than 2020.”

Furthermore, data from Glassnode show that approximately 25,000 new Bitcoin addresses were created on November 18, a spike that was last detected in 2018. As Bitcoin price and the number of addresses continue to grow, this reveals that the network is healthy, and most likely, there are more users.

Bitcoin’s total market cap has also hit the $335 billion threshold. Recent market cap surge pushed the crypto asset to 16th place among the globe’s biggest firms, based on AssetDash data. The Bitcoin market cap speaks to the joined price of all BTC that is currently available for use. As the asset price rallies and its supply rises, so does Bitcoin’s market cap.

Bitcoin surpasses Mastercard in terms of market capitalization. The 3% capitalization increase of Bitcoin sent Mastercard, a giant payment firm, to the 17th spot as its market cap dropped by almost 0.6%, as per AssetDash tracking.

Bitcoin price keeps climbing up steadily. Some analysts believe that if BTC continues with a similar bull run, it could exceed more “adversaries.” It has already exceeded Nvidia, Walt Disney Company, Bank of America, Coca-Cola, and PayPal. At the time of reporting, Bitcoin is hovering around $18,725, as per CoinMarketCap.