Bitcoin is Close to Reaching $1 Billion in All-Time Transaction Fees. According to Coinmetric’s newest ‘Coin Metrics’ post, Bitcoin is really close to the $1 Billion mark. It seems that Bitcoin is also close to another record, $15 billion worth of all-time miner revenue.

The graph provided by Coinmetrics clearly shows Bitcoin getting most of the transaction fees between the end of 2017 and the beginning of 2018 when the crypto boom was in place.

According to the report, the BTC median fees saw a huge jump in late 2017 reaching $34 but they have remained pretty stable at around $4 ever since.

This is really good for Bitcoin as most of the critics in 2017 were complaining about the huge disparity in Bitcoin fees and how they were so high.

It seems that Bitcoin is having a hard time recovering from the recent crash as the price just took another blow, currently trading below $8200 and losing the daily uptrend. 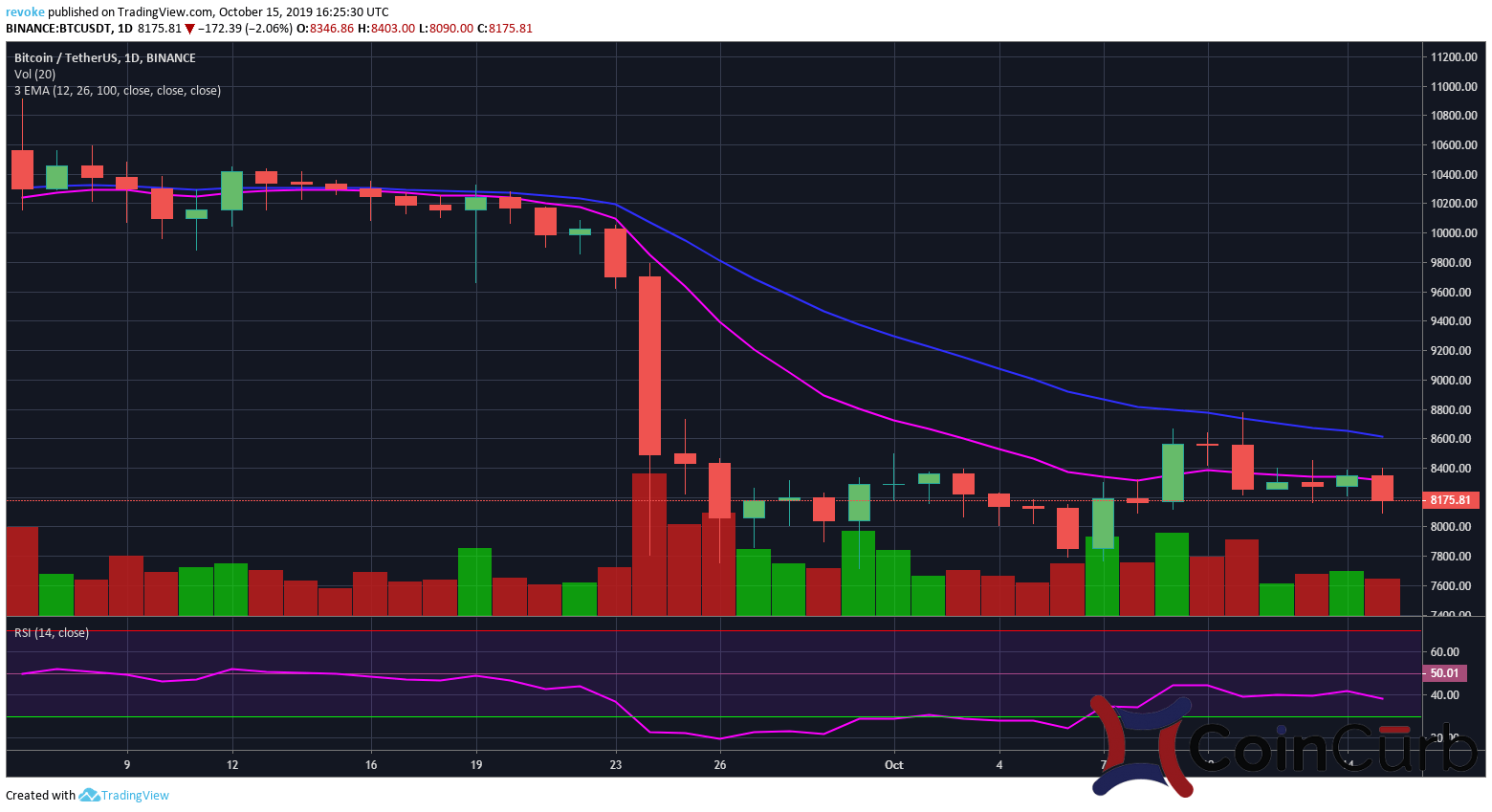 The bulls will now look to hold $7762 although that won’t change the new confirmed daily downtrend. The weekly chart for Bitcoin could still be in a bear flag as the bulls were rejected from the 26-period EMA and are lacking strength.

Compared to other coins like BNB or XRP, Bitcoin is losing a lot of strength as well as market dominance which is at 66% currently.