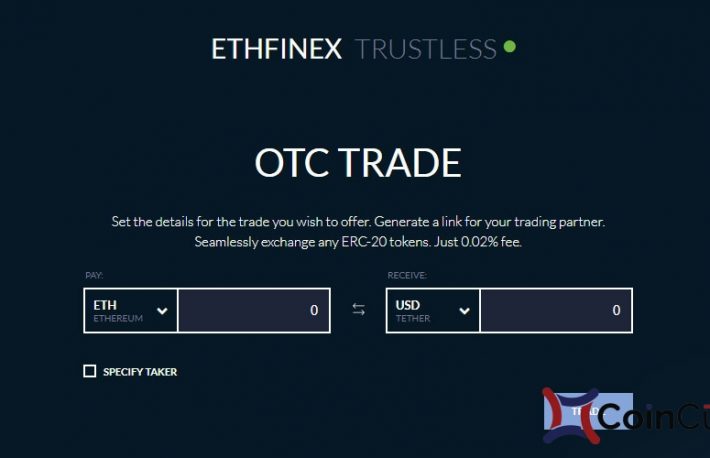 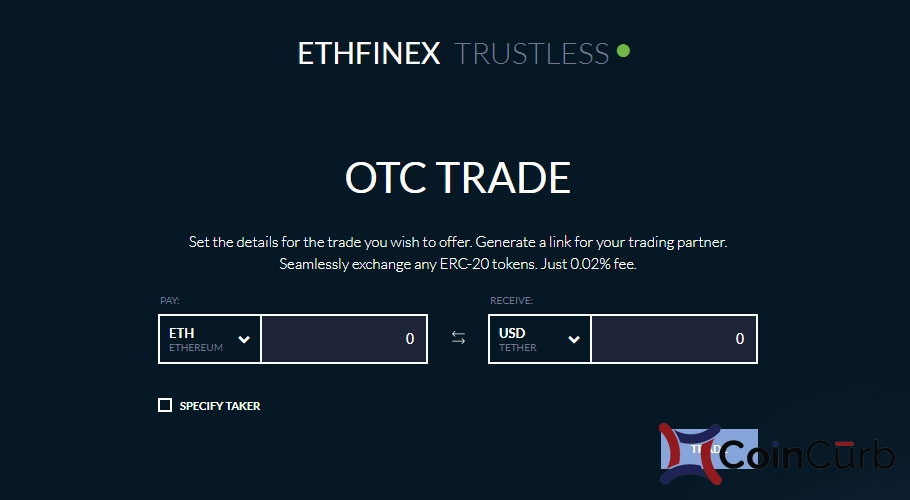 Cryptocurrency exchange Bitfinex has announced in a report on Monday, June 3, its plans to launch Trustless Over-The-Counter (OTC) trading on its sister platform, Ethfinex.

The OTC service reportedly will provide users with a decentralized orderbook or matching engine, as only financial instruments will be restricted from the platform. In addition, the report also discloses that:

“Customers can trade any ERC20 token, and even specify custom Ethereum addresses for tokens which are not currently listed on any exchanges.”

Another feature of the platform is that, third party escrow services will not be provided as transactions will be strictly peer-to-peer. Co-founder of Ethfinex, Will Harborne, said of the platform:

“This is peer-to-peer exclusively, so buyers and sellers for the moment find each other externally, or are connected by agents, and then initiate the trade, generating a URL they can send to their trading partner to accept the trade.”

This is made possible because the service will utilize blockchain to enforce OTC transactions as an atomic swap, while OTC desks will be used in place of third-party escrow. The advantage of this according to the report “opens up OTC to anyone through significantly lower fees at 0.02%,” in contrast to fees charged by traditional OTC services which ranges from 2% to 5%.

Ethfinex was launched in September 2018, as a trading platform for Ethereum-based tokens, and this period facilitated 50 ERC-20 tokens. Bitfinex CTO, Paolo Adoino stated in a tweet that the launch of the decentralized OTC will ensure:

“more users take care of their own assets” and help rectify crypto’s existing issues around “custody and centralization of assets.”