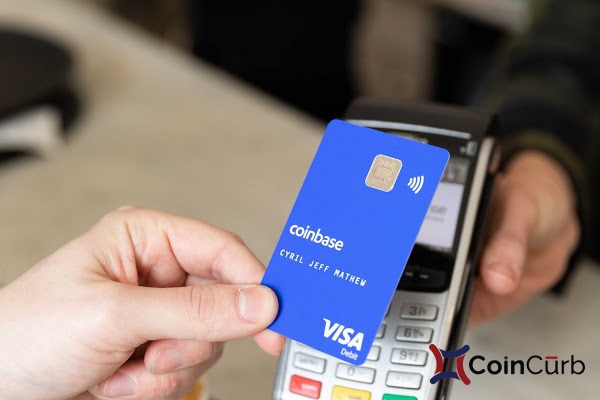 Cryptocurrency exchange and wallet service provider Coinbase has revealed in a report from a source on June 11, that it has expanded its services to users in six European countries with the launch of its Visa debit card. This initiative according to Coinbase will enable users to withdrawal and spend their funds more conveniently.

The report disclosed that Coinbase will set up its Visa debit card services in Spain, Germany, France, Italy, Ireland, and the Netherlands. Using the Coinbase Visa debit card, users will be able to make purchases for goods online and in physical stores that supports Visa. The Visa debit card comes as a mobile app running on Android or IOS, and also as a physical card which can be used for withdrawals at Automated Teller Machine (ATM) points.

Coinbase Visa debit card will allow users spend their digital assets while also determining the cryptocurrency they prefer to use as a payment option after which the preferred cryptocurrency must have been converted to fiat four a small fee. The CEO of Coinbase UK, Zeeshan Feroz, disclosed: “You can buy groceries on bitcoin (BTC) and then coffee on litecoin (LTC) right after.”

The Visa debit card was initially launched exclusively for United Kingdom-based users in April 2019, issued by Paysafe Financial Services Limited. Zeeshan did not reveal how many users presently signed up for the card service. However, he disclosed that the company had “blew past” the initial 1,000 cards issued to customers at zero cost.

In a similar report, Coinbsae also expanded its trading services to 50 countries, and support for its USDC stablecoin in 85 countries.