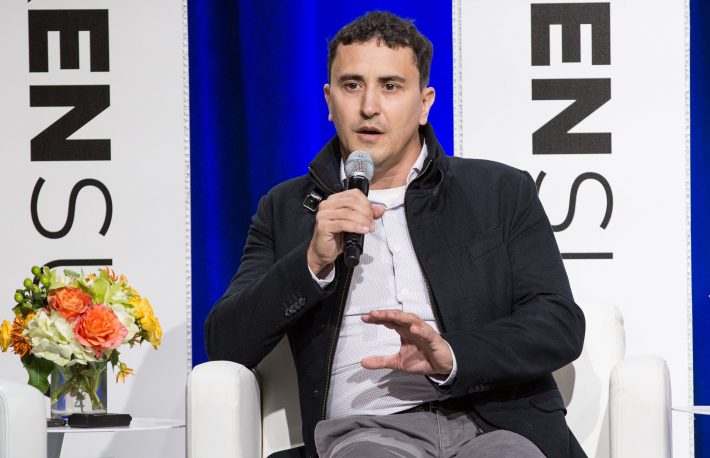 There are various reasons that force a network to face throughput bottlenecks. For decentralized networks, node communication is a primary cause of transaction limitations. Decentralized networks deliver security and transparency by enabling network consensus, and this is achieved by all nodes communicating with each other to agree on to the confirmation of a decision (transaction).

Traditional networks, relying on Nakamoto consensus, have faced an exponential increase in communication difficulty as more nodes join the network. Essentially, the more decentralized the networks become, the greater their scalability limitations. In the Nakamoto consensus, each node must communicate with every other node and thus the number of communications place increases exponentially.

The image above visualizes the dilemma proposed by the Nakamoto consensus. Suppose a network is completely centralized. For each decision, it only needs to communicate with itself and thus there is no problem with scalability. However, add a bit of decentralization and pull in 5 nodes, then each of them have to communicate with each other, meaning there will be 5 sets of communication with 5 nodes, leading up to a total of 25 communications.

The node communication dilemma poised by the Nakamoto consensus forces decentralized at the expense of scalability, and therefore utility. In fact, it even limits the decentralization a network can achieve. If, for example, a network were to rely on this consensus mechanism with 30,000 nodes, each transaction would need 900,000,000 communications–almost touching 10 figures.

AVA implements Avalanche, which proposes a completely different means of reaching a consensus, one that reflects upon the problem of scalability caused by each node having to communicate with each other and thus presents an alternative. In Avalanche, probabilistic sets of nodes assess a confidence index within their set, and the entire network of nodes reach consensus parallel to each other. This enables a leap forward in a reduction in node communications needed for consensus, enabling not just higher transaction per second, but sub-second transaction finality.

The difference in speed can be easily demonstrated.

If each node must communicate with every other node in the network, then the amount of communications that place is number of nodes multiplied by themselves, or (nodes in a network)², or n².

To be specific, Avalanche communications can be calculated as (kn * log n), where k is less than n. An example: Suppose a network consisting of 1,000 nodes needs to reach consensus. What would be the difference in the amount of communications needed for consensus for a network utilizing the Nakamoto consensus versus AVA?

AVA, with minimum nodes per subnetwork group being 500:

With the above terms, AVA would require 98,500,000 less communications, a near 99% reduction. This figure can be dynamically reduced for subnetwork revolving on low-value microtransactions, by having the minimum numbers of nodes per consensus group in the subnetwork being reduced to just, supposedly 10. With such terms, the number of communications would be just 30,000, a 99.97% reduction.