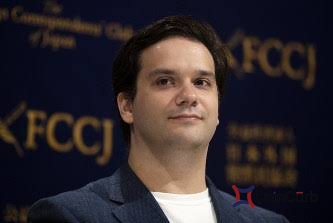 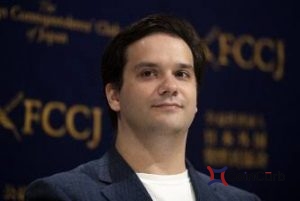 The former CEO of now-defunct Bitcoin exchange Mt. Gox, Mark Karpeles, has disclosed that he would be assuming the post of Chief Technology Officer in a new Japanese blockchain technology firm, Tristan Technologies Co. This development was confirmed in a news published by a Japanese daily newspaper, the Mainchi on June 5.

Karpeles in a report at the Foreign Correspondents Club of Japan, stated that his new office as the CTO in the new blockchain development firm will help create a secure operating system that will improve and perform better than existing blockchain solutions in terms of speed.

In addition to the report, Karpeles was also optimistic that while working with the new blockchain tech, he will strive to restore Japan to its former position as the king of tech, a position which has allegedly been snatched by the United States to tech giants like Apple, Amazon and the likes. He explained:

“Japan used to be engineering superpower in terms of its PCs but right now, taking the cloud for example, it’s the U.S. that dominates. But I still believe in the potential Japan has and I would like to develop that.”

Karpeles who was popularly known for the now-defunct crypto exchange after its hack that resulted in heavy losses of users assets reportedly to the tune of 850,000 BTC, approximately valued at $460 million as at the incidence.

Fortunately Karpeles has been able to escape all charges filed against him as he was acquited by a court in Tokyo on charges of embezzlemeat and breach of trust. However, he found guilty of manipulating the exchange’s data, a conviction he is currently appealing as reported.

The former Mt. Gox CEO also stated that he currently does not possess any cryptocurrency, according to him, they are high risk assets.