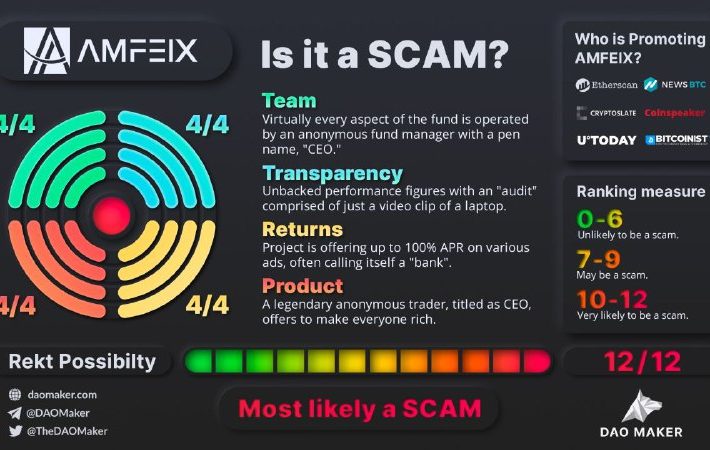 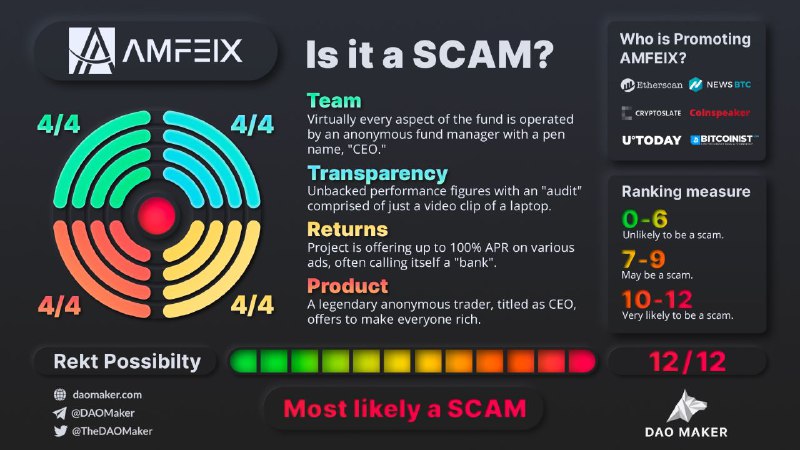 Promising returns of over 100% a year, AMFEIX seems to be a classic example of ‘too good to be true’. AMFEIX calls itself an investment bank and has been featured on Yahoo Finance, NewsBTC and other mainstream media.

One of the best ways to detect any scam is to look for amazing economic returns, something that offers you the ability to become rich quick or huge 100% returns on your money is most likely a scam.

According to them, AMFEIX is the world’s first cryptocurrency investment fund but is it really? The number of employees is unknown and the company is registered in the U.A.E. with one physical location apparently in South Africa.

There is a 0.1 BTC minimum investment but you can withdraw your money at any time. The website doesn’t really explain what AMFEIX is doing with your money but it does promise huge and really fast returns.

According to AMFEIX, throughout 2019, they were able to achieve 189% returns which is insane. Not only that but most reviews about AMFEIX seem to be fake.

Looking at TrustPilot, most reviews seem to be excellent, however, there are some red flags here as well. For instance, every time someone posts a bad review of AMFEIX, the team of AMFEIX reports the review based on ‘false information’. 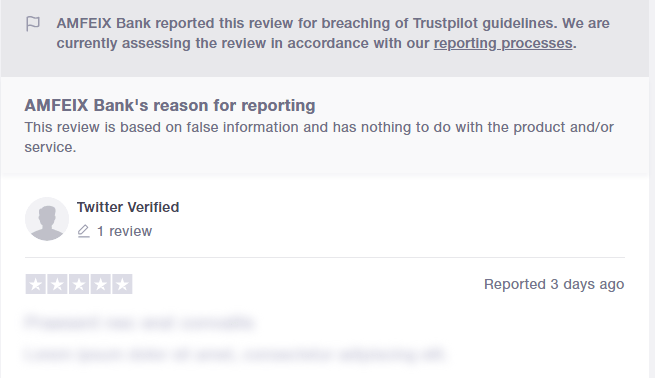 There are dozens of reported reviews. Furthermore, the only thread that exists for AMFEIX on Bitcointalk is located at ‘Investor-based games’, a pseudonym for Ponzi schemes.

Unfortunately, AMFEIX has already received over $50 million from people and continues operating freely.

Bitfinex Is Tightening the KYC Process Even Further