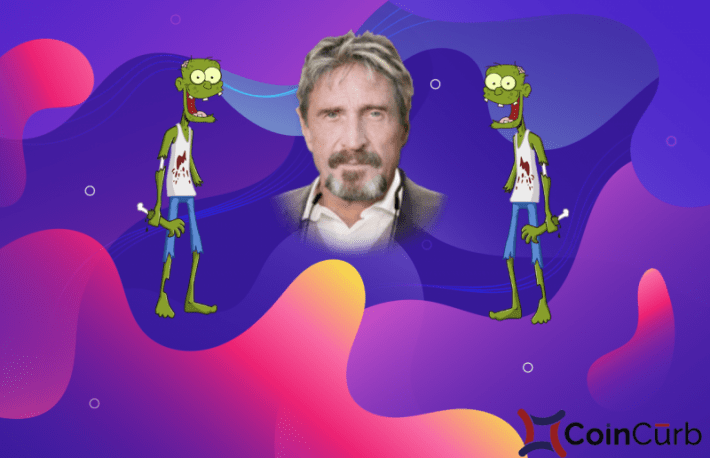 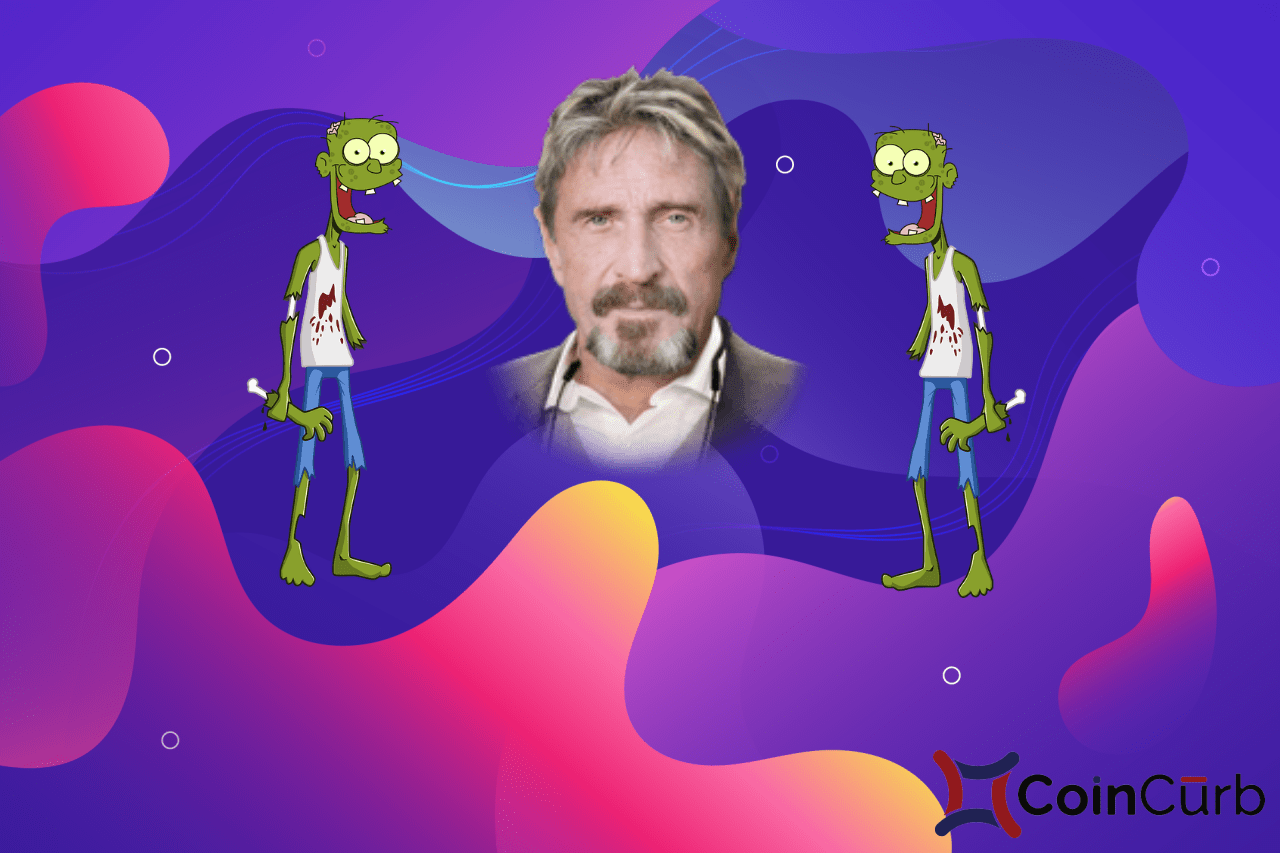 The company claims that Zombies are real and we need to stop them. There is a lot of mystery surrounding their twitter account. Most cryptocurrency users do not take them seriously and think it’s some sort of game or advertisement campaign for their coin, the ZC (Zombie Coin).

Our zombie retraining program includes classes in cryptocurrency – including practice trading under real market conditions. Zombies see Crypto as the answer to economic cooperation with humans. Our CZ coin will be a true example of real world applications. pic.twitter.com/GNreK9ga7x

The tweet seems to be hinting at some sort of game, however, it is still unclear what they are trying to do.

John McAfee stated that he was hired by them.

What I believe about @china_zombie doesn’t matter. They are my client. I was hired to write a White Paper in a truthful fashion. That’s what I intend to do – with the full capacity of my intellect, my talents and my time that I promised to dedicate to this delicate venture.

McAfee is certainly notorious for doing wild stuff on twitter, he recently also announced that he will be running for president of the United States in 2020. This seems quite difficult considering he is actually prosecuted by the CIA and other governmental organizations.

John McAfee is currently hiding from the CIA and announced that he had to move again, a few hours ago.

.@theemrsmcafee and I have moved. We moved because some a*hole publicly outed our location. Janice and I have settled in to a new safe house in a new country. Weather still sucks but at least our Comm room is fully mobile and will arrive soon. We will miss Gregor's.