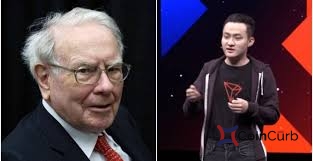 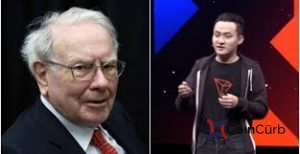 Founder and CEO of Tron (TRX), Justin Sun, in a press release on June 3, has won a charity auction initiated by eBay to have lunch with foremost investor and CEO of Berkshire Hathaway, Warren Buffet.

The eBay charity auction which saw a record breaking bid of $4,567,888 placed by the CEO of Tron, was enough to win the auction previously held by Warren Buffet for a period spanning 20 years.

The winner has reported in an earlier announcement will be given the privilege of having lunch with Buffet, and will also be given the choice of bringing along seven friends with him to the lunch at a steakhouse in New York.

Proceeds from the auction will be contributed to San-Francisco-based non-profit GLIDE Foundation, an organization that focuses on tackling injustice and inequality among economically oppressed communities and ethnic minorities. Buffet’s wife although late was an active volunteer to this foundation. In this regard, Buffet has contributed over $30 million in his commitment to the development of the foundation.

In an additional statement, Sun, explained the importance of contributing to the development of the foundation, which according to him strives to benefit the local community. He said:

“BitTorrent and TRON’s US headquarters are in San Francisco, and bidding on this charity auction was a key priority for our team. I’m proud to have my bid donated to GLIDE, a foundation that provides critical support for our local homeless community.”

Karen Hanrahan CEO and president of GLIDE, disclosed that all of Sun’s contribution will be channelled: “to help people overcome barriers such as homelessness, addiction, hunger and social isolation and reach their full potential.”