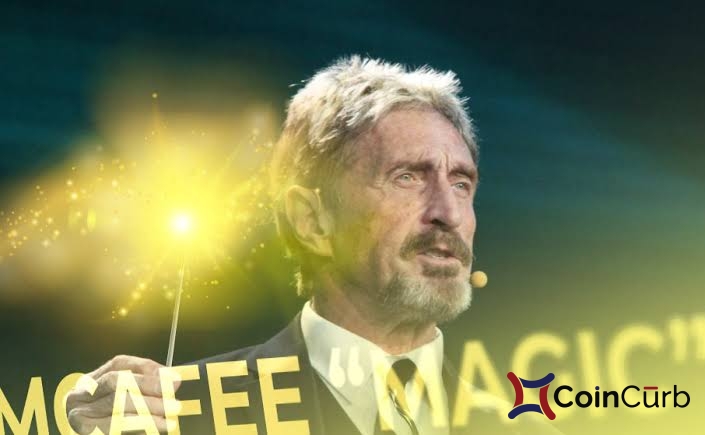 The crypto exchange as disclosed allows users to “trade cryptocurrencies on multiple exchanges within a single dashboard, automatically and manually,” and is also non-custodial as user funds are held in eight other exchanges. Therefore, when a user performs a transaction, funds are released via the other exchanges to complete the trade between parties involved.

In order to achieve this, users will have to plug in API’s from other exchanges in which their funds are held.

McAfee also disclosed in a tweeted image, that the exchange will be made up of two portals, with one serving for normal trading while the other will serve for shadow trading— giving users the opportunity to trade using patterns of other expert traders, “ranked by the community by their trading success.”

In an earlier report before the exchange’s launch, McAfee disclosed:

“McAfeeMagic.com still under attack. New I.P. address in Texas. The more this goes on, the closer we get. Amazon AWS servers are ‘learning” the attack and will be up shortly. Catch up on work, make out with your partner or ‘flash” a random stranger and video while you wait.”

In addition, the crypto exchange’s site reveals, “We are only releasing this platform to the public after extensive testing and auditing processes that stretched months.”