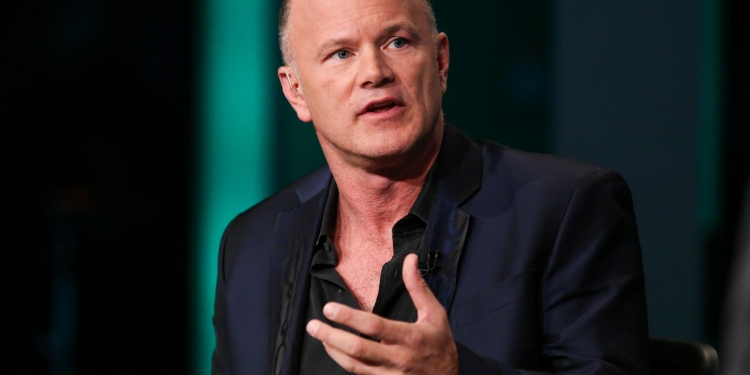 The price of Bitcoin, the largest cryptocurrency in terms of market cap, surged abruptly to tap a new all-time high of $34,700. The overnight rally of Bitcoin comes as a surprise for the crypto enthusiasts because it just smashed the $30,000 barrier on January 2. Within 24 hours, BTC bounces 14% to hit as high as $34,778.

While giving an interview to BBC World News, Novogratz said money printing by governments and “debasing fiat money” is pushing the price rally of Bitcoin. However, the bigger story of the crypto sphere is the entrance of institutional players. In 2020, several giant players joined the crypto sector for the first time. Mainstream business intelligence firm MicroStrategy has made several headlines for its $425 million Bitcoin investment. Later, the firm purchased 29,646 BTC, worth almost $650 million. As of now, Microstrategy is the fifth-largest individual hodler of Bitcoin. It possesses 70,470 BTC, acquired at an average price of $15,964 per Bitcoin.

“Now we’re seeing places like PayPal — at 340 million customers — servicing Bitcoin and selling Bitcoin [along with] big insurance companies in the United States,” said Novogratz. “As the institutions move in, there just is not a lot of supply […] There are a lot more than 21 million millionaires out there.”

Amid the Bitcoin bull run, social media interest for digital assets is on track to mark a new all-time high. A crypto data firm The TIE discloses that the unique Twitter accounts tweeting about Bitcoin have reached a new spike, outdoing a 64,000 barrier, last recorded during the 2017 bull run.

Apart from unique accounts posting, the number of search volume for “Bitcoin” is soaring in pace with the crypto’s price. Furthermore, “how to buy bitcoin” is sailing as well. Surprisingly, “how to buy Ethereum” searches remain flat, despite hitting as high as $1050 at the time of the report.