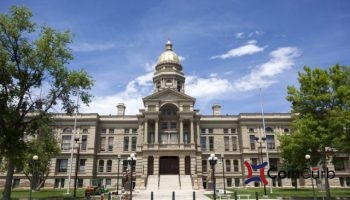 Cryptocurrency lately has proven to be the right choice of investment, from the fact that the market is currently experiencing a bull run to acceptance by major companies, and even countries.

The state of Montana has recently opened its arms to the adoption of cryptocurrency in a recent development which saw the signing of a legislation that exempts utility tokens from securities laws.

This legislation have been confirmed, as the governor of the U.S state of Montana, Steve Bullock, signed House Bill 584 on the 8th of May. The bill is titled “Generally revise laws relating to cryptocurrency.” This is a welcomed development for crypto enthusiasts as the state of Montana now joins the list of crypto friendly states.

The bill initiated by State Representative Shane Morigeau, permits the use of utility token on the premise its use is for “primarily consumptive” purposes as using it for speculative or investment purposes is prohibited.

Also contained in the bill, is a statement which reads:

“Blockchain technology and distributed ledger technology allow the secure recording of transactions through cryptographic algorithms and distributed record sharing, and such technology has reached a point where the opportunities for efficiency, cost savings, and cyber security deserves study.”

Montana’s bill exempting utility tokens from securities laws follows similar actions taken by Wyoming and Colorado who have also opened arms to cryptocurrency adoption. As it was reported that Wyoming passed a legislation that supports the use of cryptocurrencies as a legal tender in January 2019 and Colorado, also passed a legislation exempting crypto in its digital token act.