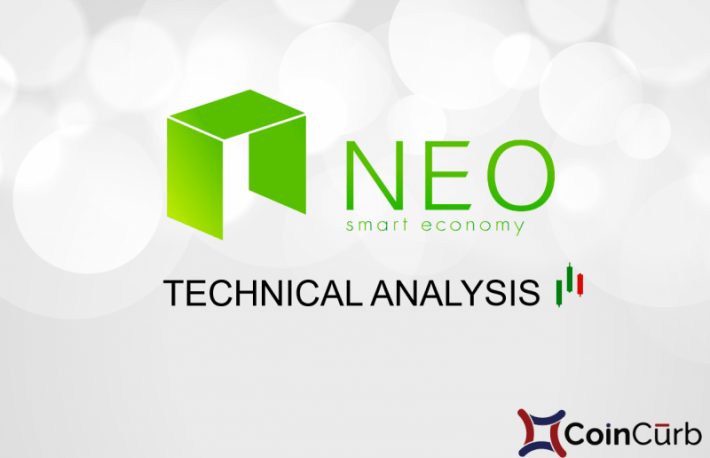 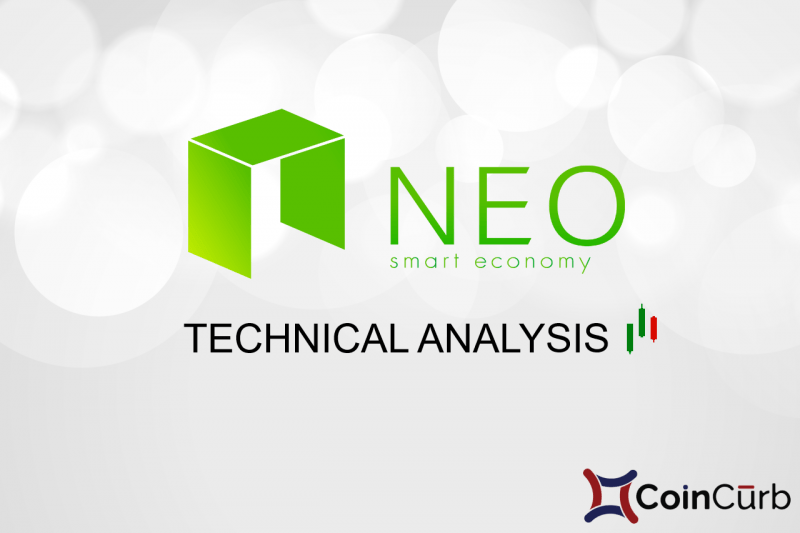 NEO had a wonderful month in October exploding to $13.45 from a low of $6.68 in just a few days, however, the bull run didn’t last too long as NEO started crashing on the second half of November. 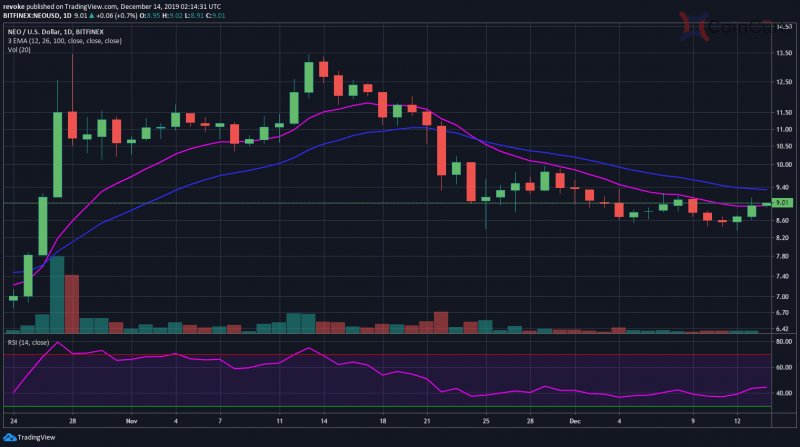 The bulls have attempted several times to break above the 12-period EMA but they have been unsuccessful every single time. Yesterday they almost managed to pull it off but they got rejected again. Today’s opening candlestick is on the verge of crossing above the EMA but the bulls need closure.

The high of the downtrend is really close at $9.24 and the bulls are trading in a pretty strong 4-hour uptrend.

The weekly chart is, however, better than most of the top cryptocurrencies. It is kind of an uptrend, although a pretty choppy one. There is a bear flag in play right now but it’s getting pretty extended.

The monthly chart is either going to set an equilibrium pattern or the bulls will confirm an uptrend, although the second option is less likely to happen.