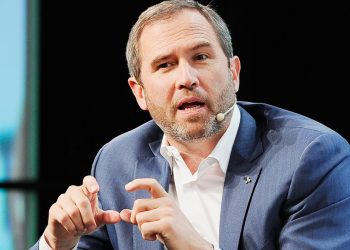 Ripple, the largest holder of the XRP coin, has filed a lawsuit against YouTube, the video-sharing powerhouse, in the Northern District of California on April 21.

The plaintiff has sued Google subsidiary, YouTube, for its negligence on the matter of deceitful scams that have affected the reputation of Garlinghouse, CEO of Ripple. According to a report, Garlinghouse is asking for an unfixed amount as compensation.

The complaint mentions that XRP giveaway scams are flourishing on YouTube but the site has done nothing against them despite Ripple asking several times for action. Furthermore, Ripple points out that YouTube verified accounts are executing fraudulent giveaways and the site has awarded “verification badges” to scam channels.

Ripple failed to convince YouTube to stop generating profit from these scams videos and now it is looking at a federal court to force Youtube to take action.

The firm said in a blog post, “We see a dire need—now, more than ever—to protect consumers around the world from dangerous online giveaway scams and false impersonations across YouTube, Twitter, Facebook and more.”

The Court file alleges that Youtube purposely profits from fraudulent actions, despite having the ability to remove such content from the platform. Ripple affirms that irreparable damage has been made to the brand and Brad Garlinghouse’s reputation intensified by the “deliberate inaction” of Youtube.

“We take abuse of our platform seriously, and take action quickly when we detect violations of our policies, such as scams or impersonation.”

Crypto scams have intensified amid the outbreak. Scammers are using social media platforms like Facebook and Twitter to spread news like fake giveaways or requests from the World Health Organization to donate Bitcoin or Altcoins. According to the reports, COVID-19 related scams exceed more than $12 million since the beginning of the pandemic.

Ripple Breaks Into Brazilian Remittance Market, Ahead of $10B IPO